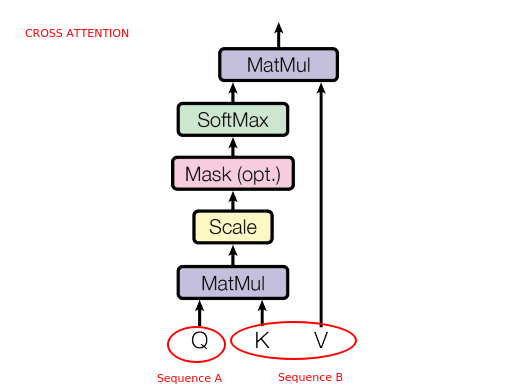 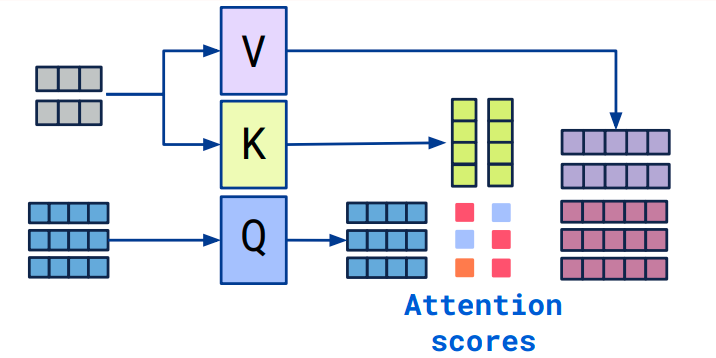 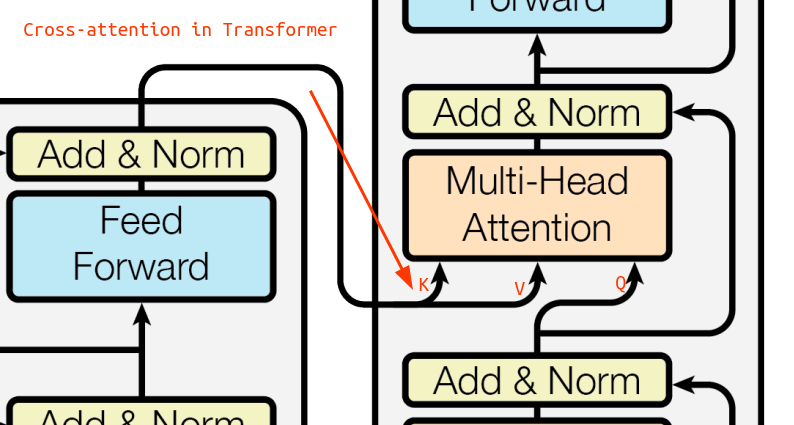 Perceiver IO is a general-purpose multi-modal architecture that can handle wide variety of inputs as well as outputs. Perceiver can be applied to for example image-text classification. Perceiver IO uses cross-attention for merging: 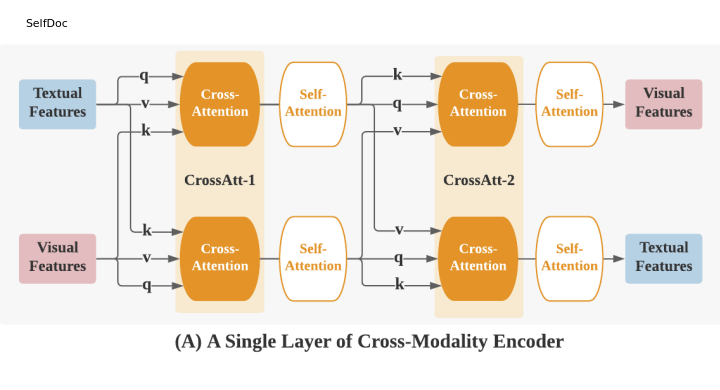 In Selfdoc, cross-attention is integrated in a special way. First step of their Cross-Modality Encoder, instead uses value and query from sequence A and then key from the sequence B.