Based on a study “The role of stress mindset in shaping cognitive, emotional, and physiological responses to challenging and threatening stress” the book Upside Of Stress suggests following mindset:

Accept the fact that the stressful event has occurred and is real.
Plan a strategy for dealing with the source of stress.
Seek information, help, or advice.
Take steps to overcome, remove, or change the source of stress.
Try to make the best of the situation by viewing it in a more positive way or by using it as an opportunity to grow.

Individuals can reappraise anxiety as excitement using minimal strategies such as self-talk (e.g., saying "I am excited" out loud) or simple messages (e.g., "get excited"), which lead them to feel more excited, adopt an opportunity mindset (as opposed to a threat mindset), and improve their subsequent performance.

The DHEA-S-cortisol ratios during stress were significantly higher in subjects who reported fewer symptoms of dissociation and exhibited superior military performance. Cortisol is a promising cure for PTSD in 2013 and 2019 studies.

Hydrocortisone recipients reported fewer PTSD and depression symptoms, and had greater improvements in health-related quality of life during the first 3 months posttrauma than did placebo recipients.

Positive stress is called eustress. Flow state is an representative of eustress shown to be associated with increased hearth rate.

The Yerkes-Dodson law (1908) is traditionally interpreted (e.g., Hebb, 1955) as a summary of a complex empirical relationship between arousal and performance: (a) Performance efficiency is an inverted-U function of arousalthat is, as arousal increases, performance first improves and then deteriorates, and (b) the level of arousal associated with optimal performance is a negative monotonic function of task difficulty-that is, the easier the task, the higher the optimal arousal level. Substantial evidence supports this law (e.g., Anderson, 1988; Broadhurst, 1959; Duffy, 1962; Hebb, 1955; Humphreys & Revelle, 1984), but its causes are not yet clear.

I wonder if changing stress levels are also healthy similarly to a workout or a sauna session. Speaking of exercise, here is a tip to boost your running morale. 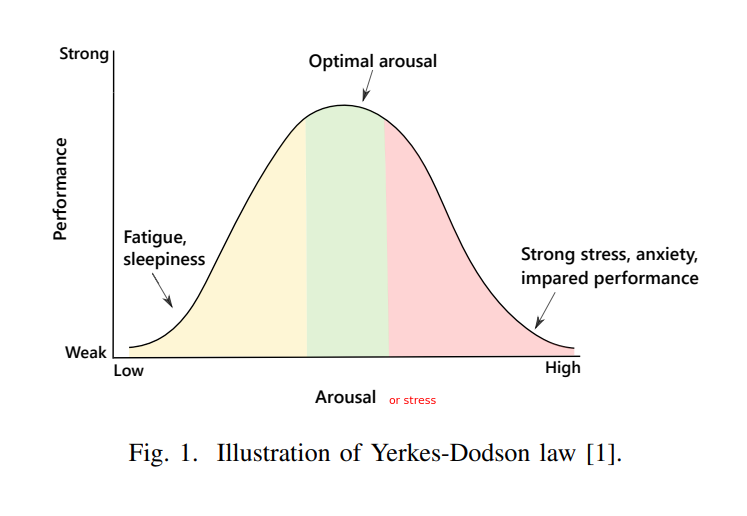 Without active recall, you won’t remember anything from the above. Take at least one round of the quiz below, and if you can, subscribe to QuizRecall to get revision reminders. You can also generate your own micro-trainings over there.
Trasfigure Stress Into Energy 1-Minute Training

In this YouTube video Kelly wants to make you better at stress.

Learn faster with a generated quiz
Reduce your effort of creating and revising learning material using a free AI-powered tool.