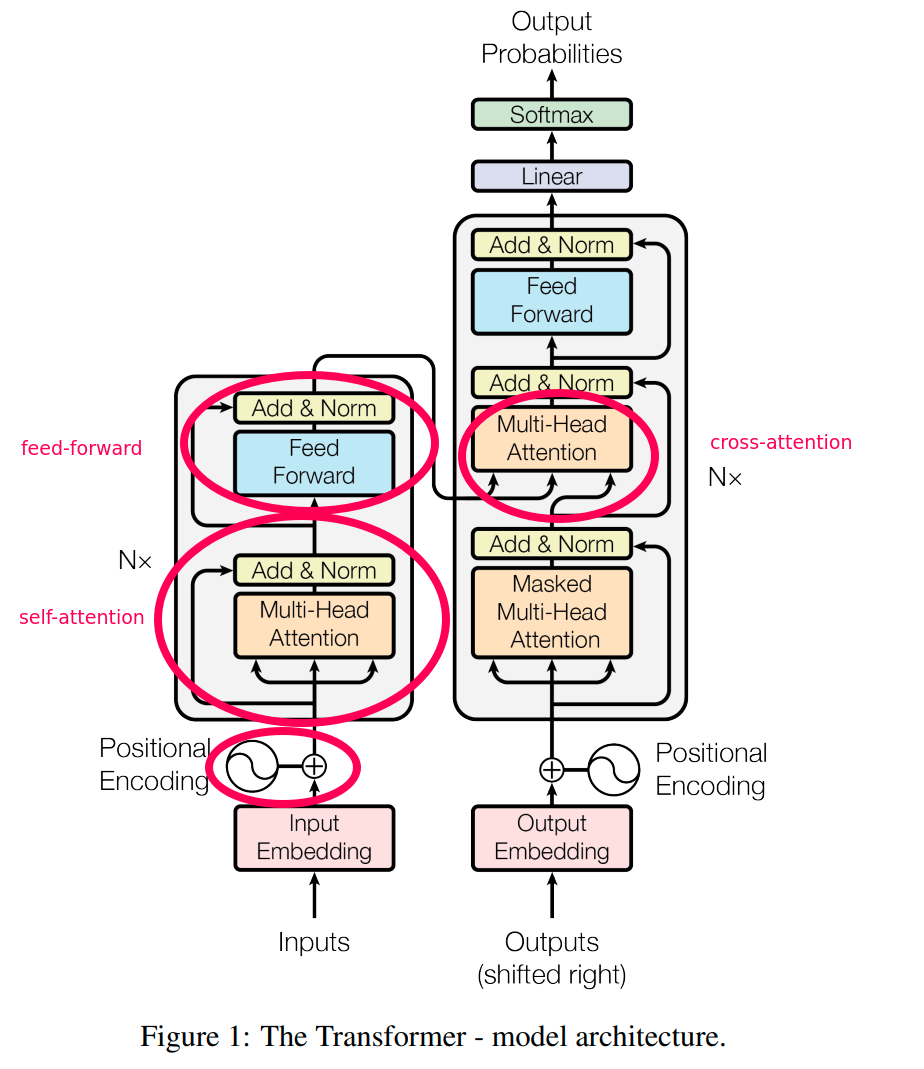 Each separate self-attention in above is called self-attention head. As a whole this layer is called multi-head attention. Multi-head attention allows each head to focus on a different subspace, with a different semantic or syntactic meaning. Splitting vector representation into subspaces is related to disentangled representation training, where we train model to give selected subspaces specific meaning.

Most heads don’t attend to the identical sequence position, probably because residual connection always adds the embedding at each position to the positions result. Special tokens are used by some heads to “attend” to nothing.

Transformers are usually pre-trained with self-supervised tasks like masked language modelling or next-token prediction on large datasets. Pre-trained models are often very general and publicly distributed e.g. on HuggingFace. Big transformer models are typically pre-trained on multiple GPUs. While there are various approaches to speedup transformer itself, there are also ways to improve its training. For example ELECTRA training scheme speeds up training by using GAN-like setting using a loss over entire sequence.

Then fine-tuning training is used to specialize the model for a specific task on using a small labelled dataset. A single GPU is often enough for fine-tuning. For example model like BART are fine-tuned for summarization tasks. Sometimes we fine-tune twice, as authors did with BART model equipped with diminishing self-attention to increase summarization coverage (read my summary).

Beware of possibility of the double descent of test accuracy contrary to bias-variance trade-off hypothesis (read my summary).

While you can train and predict with small transformers on for example Thinkpad P52 graphics card (see my review), to run bigger models, or deploy your models to production, you will need to a bit of MLOps and DevOps, so read: 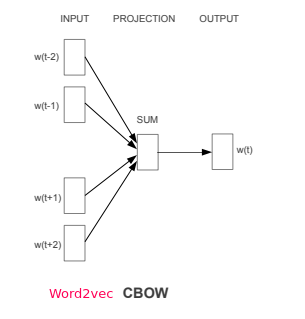 Word2vec was used in many state-of-the-art models between 2013-2015. It was gradually replaced by more advanced variants like FastText, and StarSpace a general-purpose embeddings, and more sophisticated models like LSTM and transformers. Word2vec Continuous Bag-of-Words predicts word using its surrounding 10-word context by:

And if we define output embeddings via the value projection matrix multiplied with embeddings: \( W_V E \)

Then the Transformer output for a masked word is close to summation of the surrounding word vectors like in CBOW Word2vec. The positional embeddings probably do not behave as concatenated. The term above would contain relative and absolute positional terms, which are not present in Word2vec. So the transformer result would still be more expressive.

But if we would additionally not use positional encodings, and use sliding context window of size matching Word2vec’s context size, then the results would be even closer to the Word2vec.

Transformer architecture cannot really be compared to FastText well in other things than performance. That is because apart from whole words FastText trains also on sub-words or n-grams, while Transformer always trains only on the word tokens.