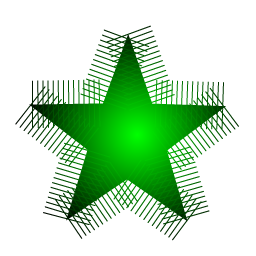 Watch StarSpace - Embeddings For Documents, Users, and Words on Youtube

“StarSpace: Embed All The Things!” with publication date 2017-11-21 from Facebook AI Research

We train only the vectors directly without any other parameters. In contrast to Word2vec and FastText there is no word (input) vector concept, but only context (output) vector concept. The method is highly influenced by FastText, in comparison to which it is much more general, although slightly slower.

For each discrete feature, an embedding vector is fitted such that SGD minimizes the loss function below. Embeddings of the composite entities are then constructed as a sum of their sub-entities (bag-of-features). The loss function relies on having labels for positive (close) and non-positive (negative, distant) pairs. Thanks to this very general notion of labels, the embeddings can be constructed in many different scenarios.

Embeddings for classes of entities higher in hierarchy are calculated by summing bag-of-words representations of its children. 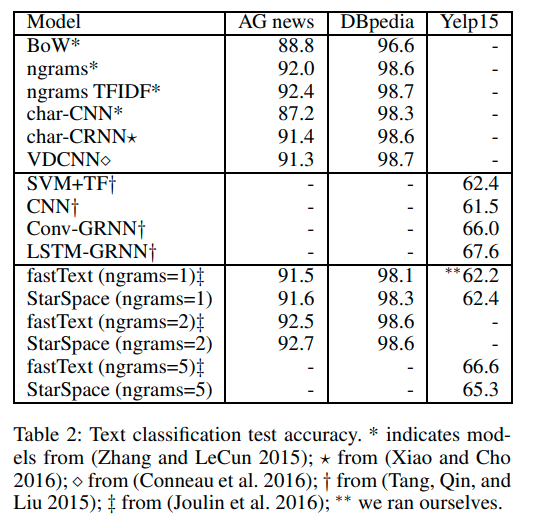 While StarSpace is computationally and memory-wise cheap, post 2017 the state of the art usually involves Transfomer models. If you don’t understand transformer or self-attention yet, then read more about it here.