The bias-variance trade-off hypothesis implies that lowering train loss by increasing model size will lead to higher test loss. Empirically this can be observed in decision trees, which beyond some size will achieve zero train loss, while test loss (generalization error) will rise. See the bias-variance trade-off case of decision tree pruning controlled by alpha in below. 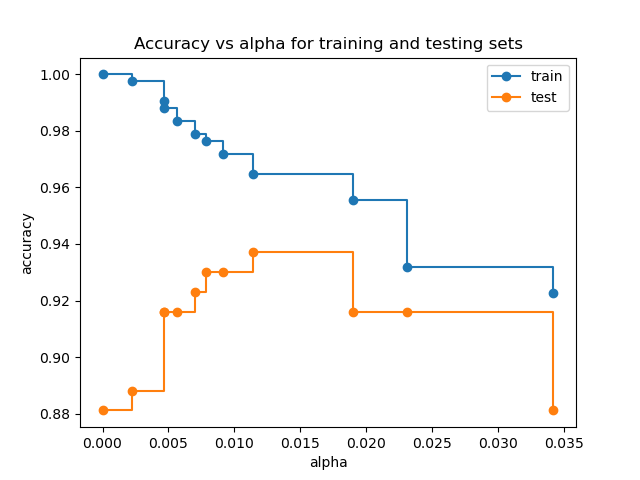 But is measuring the model capacity in terms of parameter count the best? What if the model’s optimizer thanks to the regularization learns to just zero out some weights? We should be able to see this in terms of model norm, which is a norm of all model’s parameters. Machine Learning CS229 lecture notes plot a case where, the double descent disappears, when we use norm of the model’s parameters instead of their count. 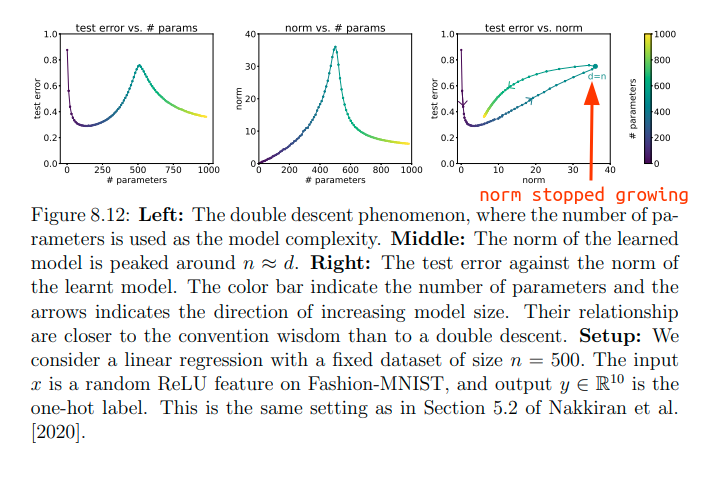 Open AI also observed double descent in Transformers, which they called “grokking”. In the grokking setup, OpenAi trained on a binary operations datasets, and observed sudden jumps in accuracy (inverse of error), as if the model suddenly found the right algorithm far in the overfitting regime despite prolonged error stagnation. 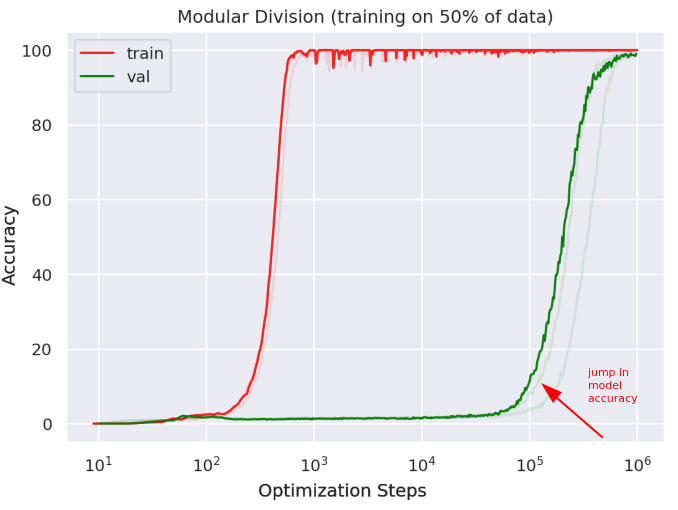 Additionally, OmniGrok 2022 paper connects grokking to norm of the model’s weights and the tasks dependency on good representations.

Our conclusions are: (i) grokking originates from the mismatch between training and test losses ("LU" mechanism). (ii) grokking can happen in various models for a wide range of datasets, although the grokking signature is usually most dramatic for algorithmic datasets. (iii) The dramaticness of grokking depends on how much the task relies on learning representations. This work not only reveals the mechanism of grokking, but also shows that reduced landscape analysis is a useful tool for characterizing data-model interaction and representation learning.

In case of L2 norm, the train loss can be rewritten as a sum of bias term and variance term. However that doesn’t prove presence of any dilemma.

However, above decomposition does not explicitly prove how the individual components behave. So, it is no prove of the proposed dilemma.

What is bias variance decomposition in case of linear regression?

There is a “Deriving the final identity” section in “Linear Regression and the Bias Variance Tradeoff”, which attempts an estimate of the variance term, but I think it contains a mistake in the calculation.

The estimate is done for a linear regression problem with following simplifications:

I expect that variance for above simplified linear regression problem will increase if we:

Unfortunately, I don’t have the direct proof.

What is an overparameterized model?

Usually model is called overparametrized when the number of parameters is greater than the number of training samples. It can also mean that model has capacity to achieve the test loss zero, that is to interpolate the train data. Modern ML models are over-parametrized, but use various regularization methods.

What is a generalization curve?

It is defined as the test loss as a function of number of parameters of the model.

In the Multiple Descent paper, the test loss as a function of number of parameters of special case of linear regression is highly controlled for in both under-parametrized and over-parametrized regimes.

How is the multiple descent achieved?

The problem is linear regression without regularization with true linear model of zero. Where all labels contain an error \( y_i = 0 + \varepsilon_i \), which is normally distributed around zero.

However, the features have all different distribution. The authors select them, such that they can control the generalization curve. Each feature \( x_i \) is distributed either as a Gaussian mixture \( N^{mix}_{\sigma_1, 1} \) or as a standard Gaussian \( N(0, \sigma) \) . The data dimension is the feature count.

The model parameter count is increased by adding new features and corresponding labels to the data. Note that for given generated data and labels, the optimal linear model can be calculated in a single step. Authors then draw generalization curve as average test-loss normalized by the feature count (dimension) as a function of feature count.

While this is completely artificial model, it still interesting that we can have arbitrary number of descents contrary to the bias-variance dilemma.

Submodularity in Ranking, Summarization, and Self-attention
Diminishing returns with a budget constraint in problems of coverage and results diversification.

Feed-Forward, Self-Attention & Key-Value
Feed-forward (MLP) layer is similar to cross-attention as observed in SwiGLU and All-attention.