Word embeddings, trained on large unlabeled corpora are useful for many natural language processing tasks. FastText (Facebook AI) in contrast to Word2vec model accounts for sub-word information. FastText trains embeddings for sub-word sequences of length n (n-grams). For example, instead of only embedding entire sequence “where”, FastText also embed 3-grams: wh, whe, her, ere, re. FastText word representation is the word embedding vector plus sum of n-grams contained in it.

FastText embeds words by adding word’s n-grams to the word embedding and then normalizes by total token count:

FastText embedding vectors can then be used for word analogy tasks, text classification, or ranking.

StarSpace a general-purpose embeddings is generalization of FastText to objects with some hierarchy e.g. user-content for content recommendation.

Word2vec has single word embedding for each word, while FastText has also embeddings for sub-word n-grams and performs the summation above to get the final word embedding. FastText generally outpeforms Word2vec, while having similar requirements.

Word2vec vector norms have been shown (Schakel & Wilson, 2015) to be correlated to word significance. Speculation: If we look on the chart below, then the “middle frequency” words seem to contributing the most, thanks to their large norm, to predict other context words. The very frequent words cannot add much as their appear in too ambiguous contexts. And we don’t have much data about the context of very infrequent words. We can think about the word norms a bit like analogous to TF-IDF, where the IDF is defined on the word2vec window of size 10 words. For this reason when using Word Movers Distance with TF-IDF weights, Word Rotator paper suggests to use consine instead of euclidean distance. 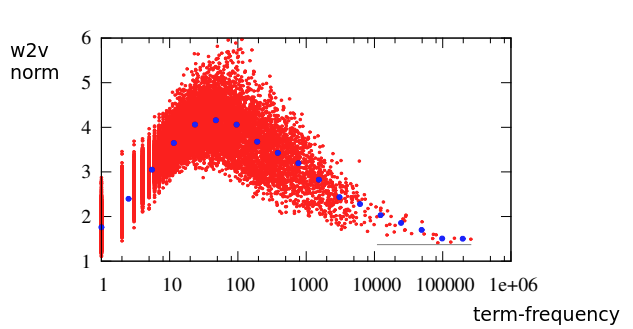 How above chart looks in case of FastText? For purpose of studying OOV words this asymmetry between vocabulary and out of vocabulary words is removed by only utilizing word’s n-grams regardless if the word is OOV or not. 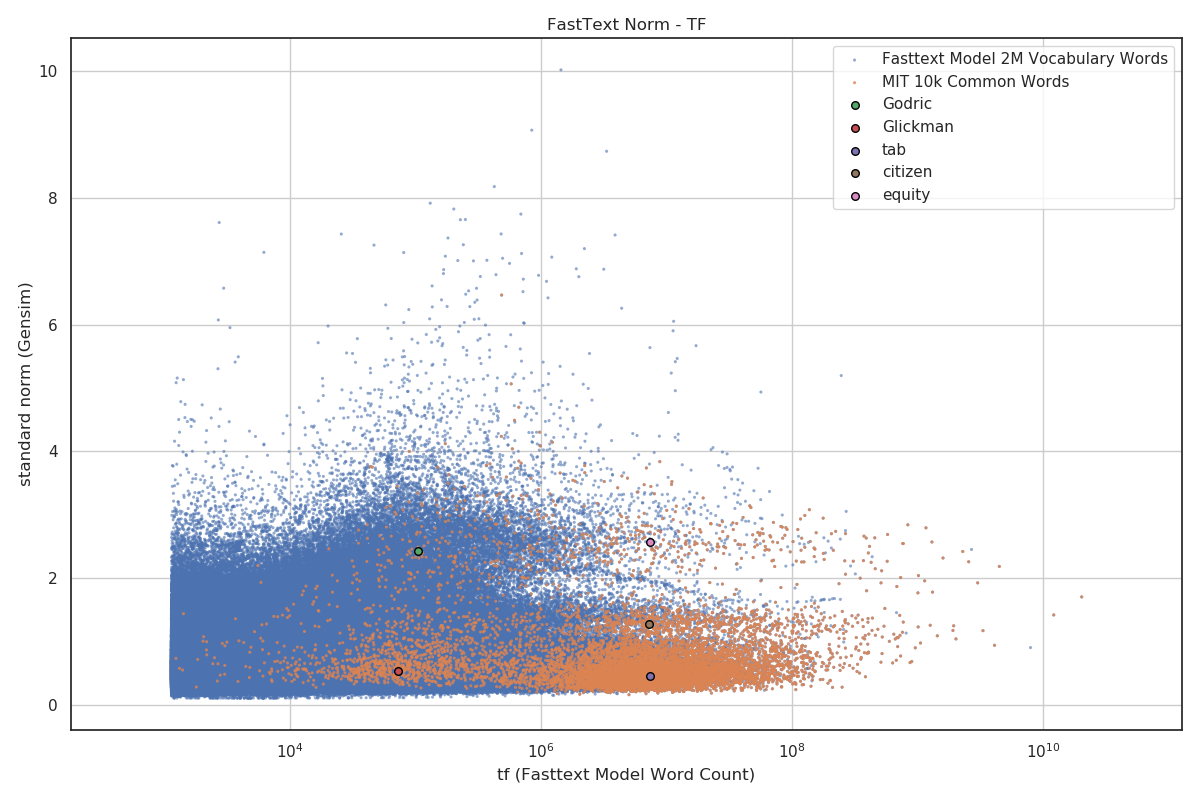 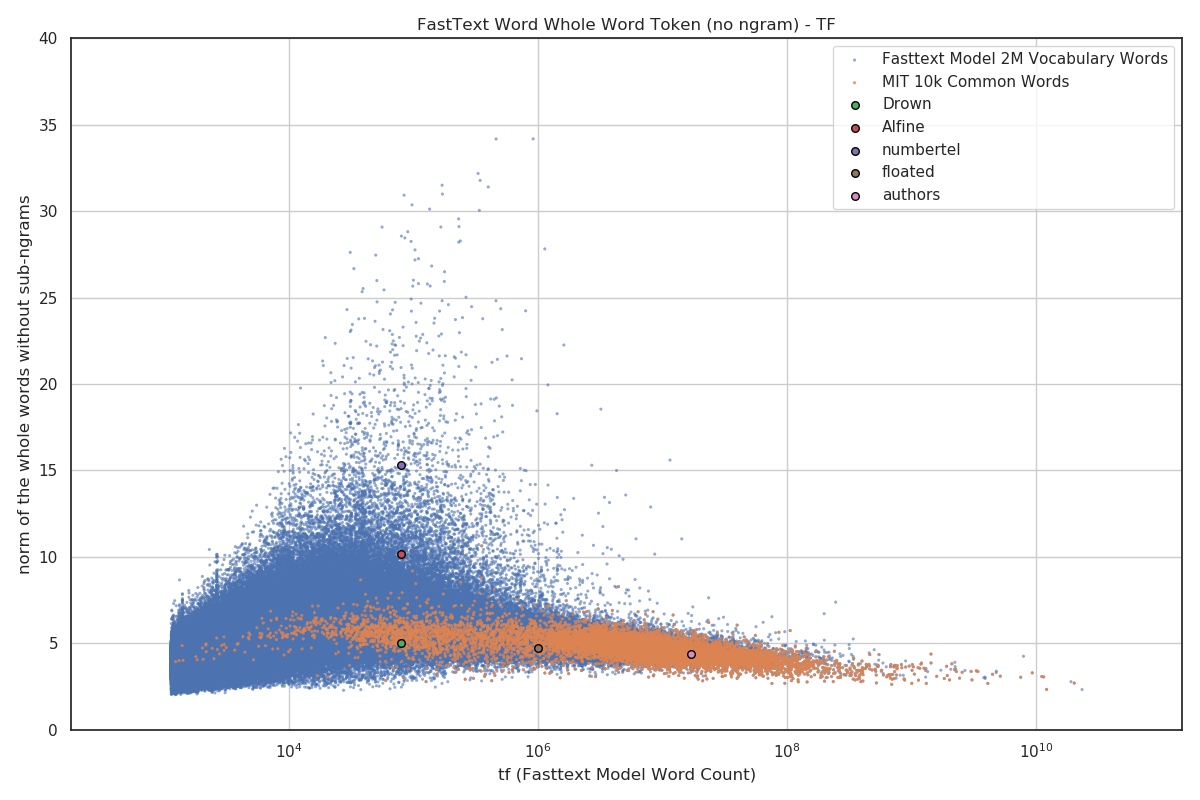 As mentioned above FastText uses average of word vectors used. However for detection of noise-words number of n-grams seems to useful. For that purpose NG_Norm is defined ng_norm(word)= || Σg ∈ ngrams(word)vg ||. Using this norm common words are clustered in narrower band on ng_norm axis. 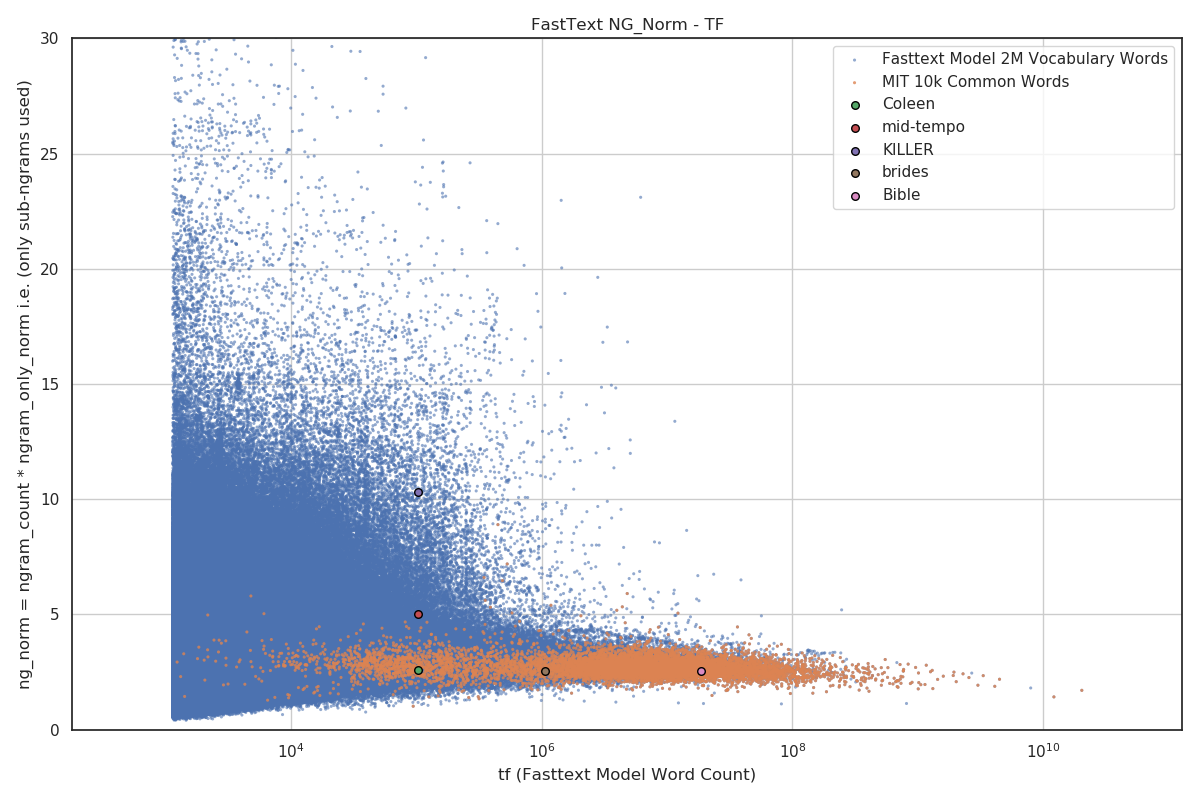 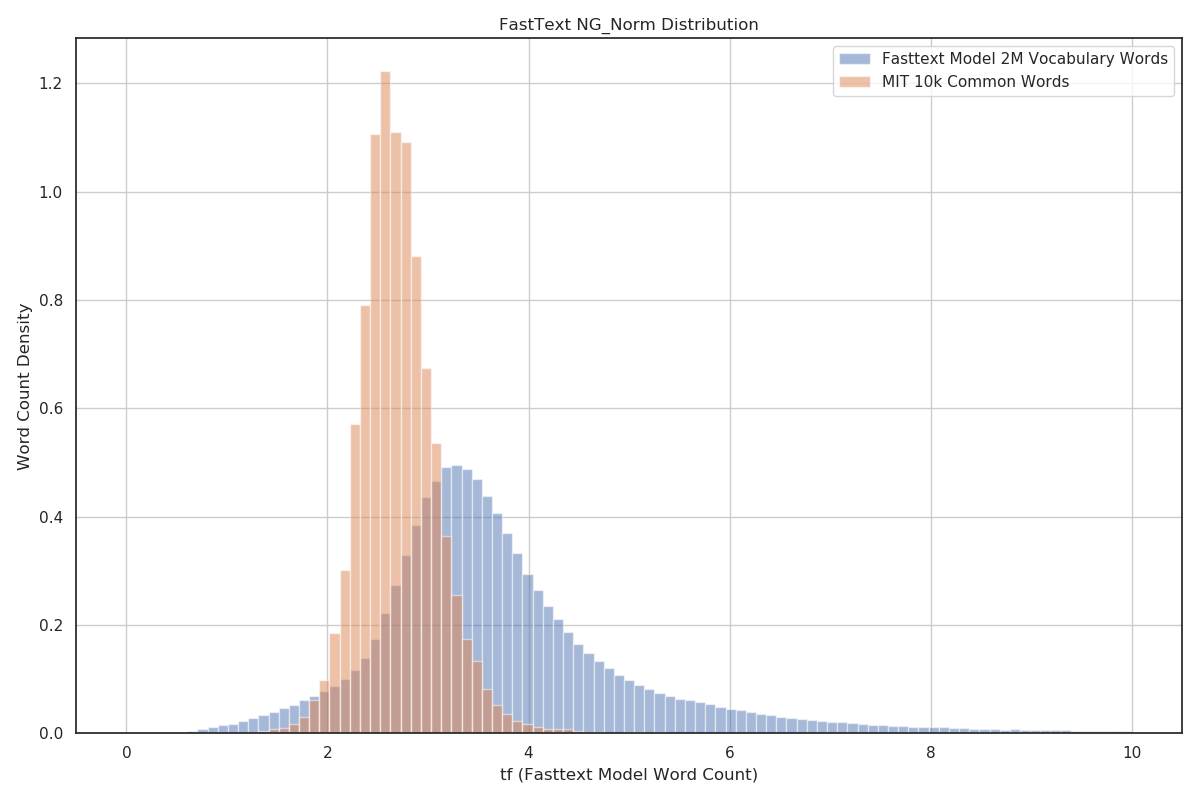 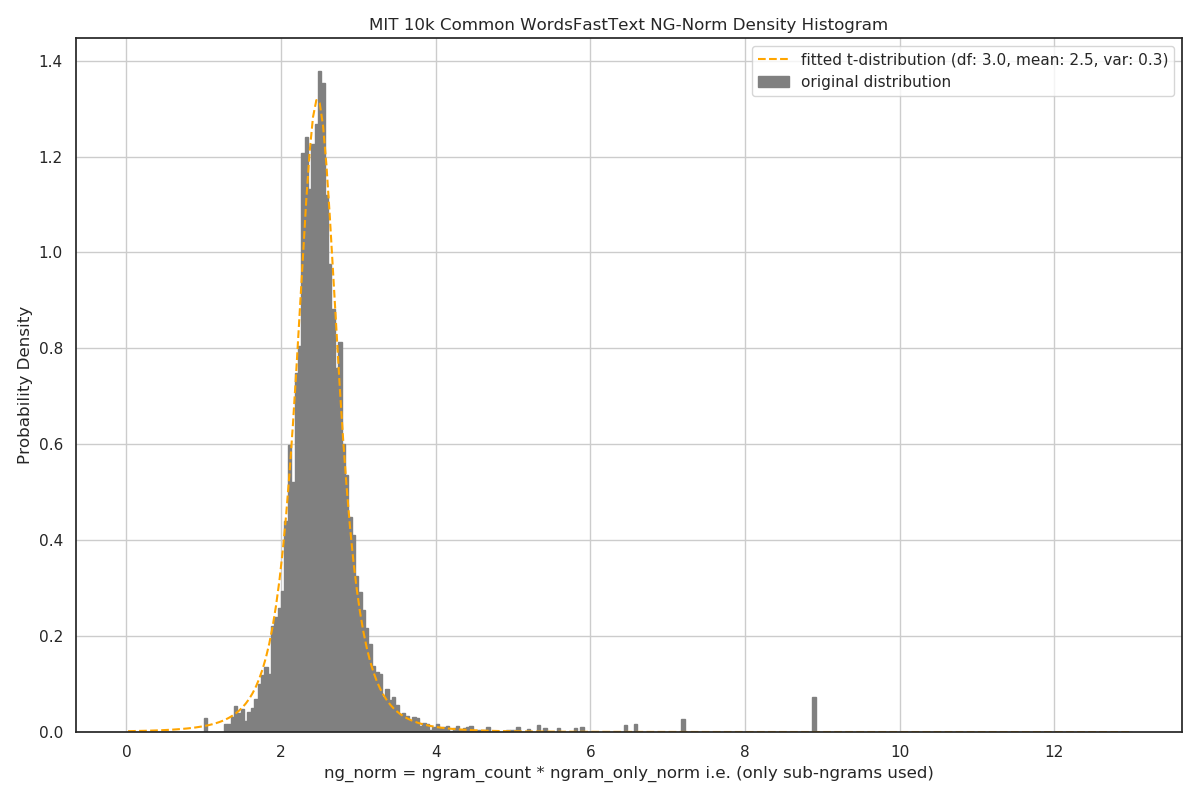